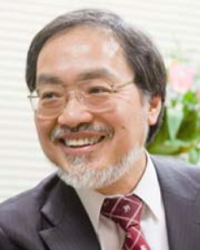 This lecture is an overview of the Multi-scale robotics, based on the Cellular Robotics System, which is the basic concept of the emergence of intelligence in the multi-scale way from Cell Level to the Organizational Level, proposed more than 30 years ago. It consists of many elements how the system can be structured from the individual to the group/society levels in analogy with the biological system. It covers with the wide range of challenging topics:

Then I mainly focus on bio cell manipulation and cell assembly and refer to applied areas for the future hybrid system to improve the quality of life of human.

He is currently one thousand talented foreign Professor at BIT. He is Professor Emeritus of Nagoya University. Department of Micro and Nano-Systems Engineering and Professor of Meijo University. He has been working as Professor of Shenyang University of Technology, Suzhou University, Institute of Automation, Chinese Academy of Science, Russell Springer Chaired Professor at UC Berkeley, Seoul National University, Advisory Professor of Industrial Technological Research Institute in Taiwan and etc. He is mainly engaging in the research fields of intelligent robotic system, micro and nano robotics, bio-robotic system, and technical diagnosis and error recovery system. He was the President of IEEE Robotics and Automation Society (1998-1999), Director of the IEEE Division X, Systems and Control (2001-2002), the Founding President of IEEE Nanotechnology Council (2002-2005), Region 10 Director (2013-2014) and Director of Division X, Systems and Control (2017-2018). He was Editor-in-Chief of IEEE/ASME Trans. Mechatronics (2000-2002). He was the Founding General Chair of IEEE International Conference on Intelligent Robots and Systems (IROS) held in Tokyo (1988). He was Founding Chair of the IEEE Workshop on Advanced Robotics Technology and Social Impacts (ARSO, 2005), Founding Chair of the IEEE Workshop on System Integration International (SII, 2008), Founding Chair of the International Symposium on Micro-Nano Mechatronics and Human Science (MHS, 1990-2012). 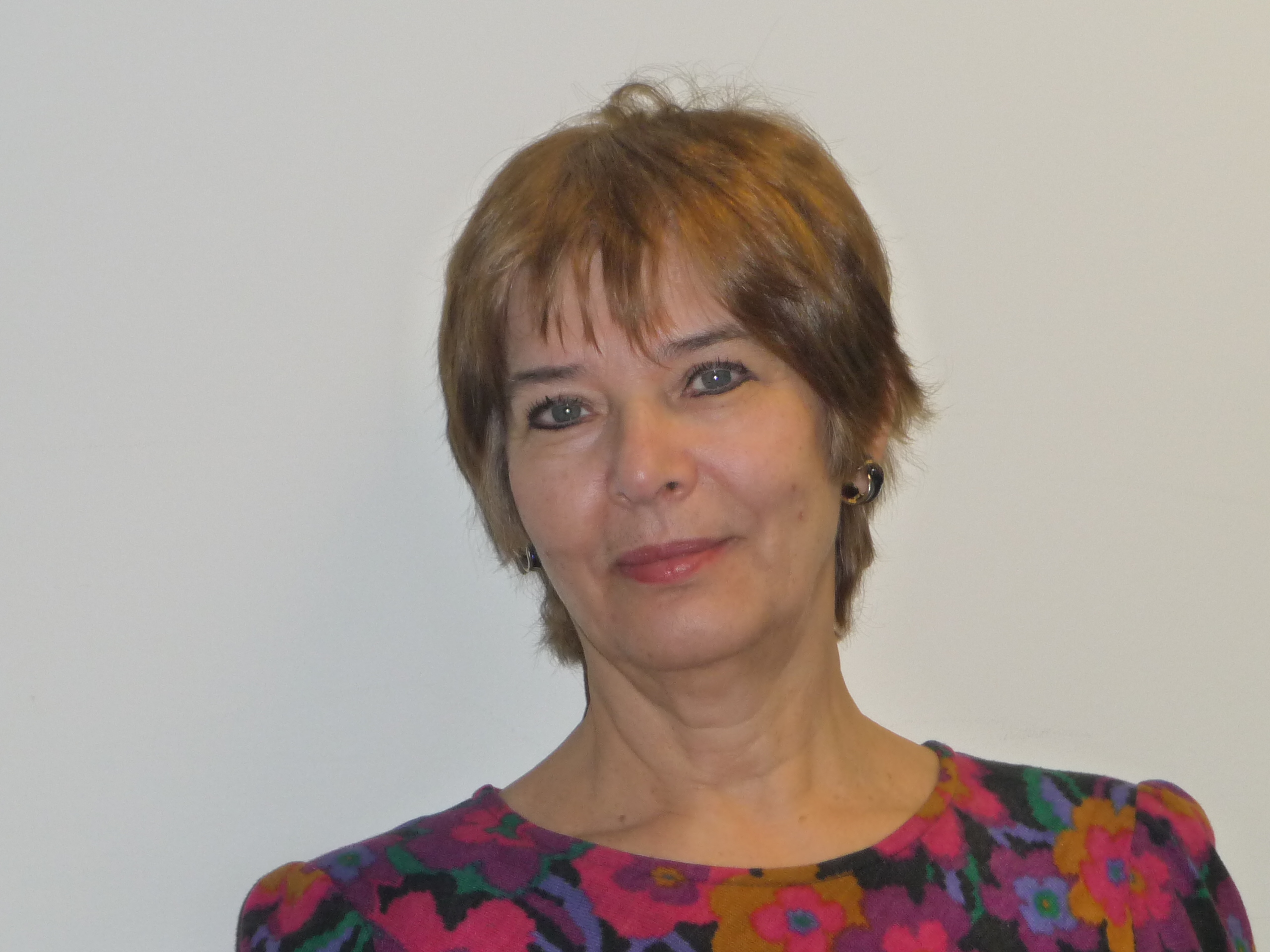 Very complex power systems have been built to satisfy increasing demand of electrical power supply. With adding large distributed generations (DG) of high capacity to the power grid endangers the normal operation of power system and might lead to outages and system collapse. With DG increases, distribution system is also becoming more like transmission system: double or multiple feed circuits having significant changes in operation; protection system becomes more complex due to changes in system behavior and power flow under short-circuit conditions.

The conventional power system protection schemes, designed to detect the fault and signal circuit breaker to isolate the fault reliably and as fast as possible, but cannot prevent from the system collapse. Nowadays, the modernized networks and telecommunications infrastructure allow optimizing the existing electrical power system operation in addition to support the future innovation. The implementation of wide area special protection schemes (SPS) or remedial action scheme (RAS) which are designed to detect the system conditions that can cause instability, overload or voltage collapse can isolate faults in the direct area and/or in areas adjacent to the fault.

Meliha B. Selak is a Power System Protection & Control Planning Specialist Engineer, who is recently retired from BC Hydro – one of the largest Utilities in North America. She has an Electrical Engineering degree from the University of Sarajevo and has over 35 years of experience in various aspects of power systems engineering including power system protection, research & development (R&D), project management and consulting on international projects; creation of computer programs for power system modeling validation and design of special protection schemes and power system emergency controls; assessment of interconnection requirements of numerous distributed and transmission connected Independent Power Producers (IPP). Prior to joining BC Hydro in 2000, she worked as a research engineer in the Power System Group at the University of British Columbia on Real-Time Power System Simulator (EMTP) and Energoinvest Corporation from Sarajevo. She has written numerous technical reports and papers on the power system subjects and she is also a paper reviewer. She has been invited keynote speaker and panelist at numerous technical conferences and symposiums. Meliha is a distinguished lecturer of IEEE PES Distinguished Lecturer Program (DLP) and a registered professional engineer in the Province of British Columbia, Canada. Also, she was a member of the Power System Relay Committee (PSRC), working on IEEE guide for “Protective Relaying of Utility-Consumer Interconnections”.

Meliha received numerous awards for her service to British Columbia’s Power and Energy community through her leadership role in IEEE Vancouver Section. She is a recipient of the 2017 IEEE PES Award for leadership in power system operation and for inspiring new engineers and women in engineering. She is also recipient of the 2010 IEEE Canada Award in recognition of dedicated and distinguished service to the profession”; and 2012 IEEE PES Vancouver Outstanding Engineer Award for contribution to the engineering profession at local and global level.

In his 1950 article, Alan Turing proposed, in addition to his famous
test, that rather than programming a machine to simulate the adult mind, it would make more sense to program a Child Machine that could be educated to obtain an adult mind. Recent advances in Machine Learning and Robotics are starting to get closer to this vision. In this talk we will revisit the original ideas proposed by Turing, talk about some of our research work on Machine Learning techniques applied to Robotics, in particular, for learning models of objects and for learning how to perform tasks, and our perspectives over possible future developments.

Eduardo Morales holds a Ph.D. from the Turing Institute – University of Strathclyde, in Scotland and an MSc in Artificial Intelligence from the University of Edinburgh. He is a member of the National Researcher System (Level 3) and member of the Mexican Academy of Science. He has been responsible for more than 25 research projects and has more than 150 peer-review papers. He was an Invited Researcher at the Electric Power Research Institute, in Palo Alto, CA (1986), a Technical Consultant (1989-1990) at the Turing Institute, a Researcher at the “Instituto de Investigaciones Electricas” (1986-1988 and 1992-1994) and at ITESM – Campus Cuernavaca (1994-2005). He is currently a senior researcher at the “Instituto Nacional de Astrofísica, Óptica y Electrónica” (INAOE) in Mexico where he conducts research in Machine Learning and Robotics.

Australia has seen in the last few years the rapid adoption of residential-scale photovoltaic (PV) systems. Householders and communities are attracted to the benefits from generating their own electricity. Battery storage systems are also becoming attractive as they allow storing excess PV generation during the day to use it later at night. However, PV-rich communities will pose significant technical and economic challenges on distribution networks – but also some opportunities. For this PV-rich future to thrive, more intelligent, flexible electricity networks, also known as Smart Grids, are likely to play an important role. But for Smart Grids to emerge, the traditional Distribution Network Service Provider (DNSP) needs to evolve into an engaged, flexible Distribution System Operator (DSO) in which network elements and participants (consumers, generators, and those that do both) are actively managed to fulfill technical, economic, and environmental objectives. This talk will present and discuss the different challenges of PV-rich communities and the role of storage and other technologies in creating more flexibility at different scales. The Distribution System Operator (DSO) vision, potential future roles, and the perceived challenges to ensure the corresponding transition will also be presented and discussed.

Luis Nando Ochoa is a Professor of Smart Grids and Power Systems at The University of Melbourne, Australia and part-time Professor of Smart Grids at The University of Manchester (former UMIST), UK.  From 2007 to 2010 he was a Research Fellow in Energy Systems at the University of Edinburgh, UK. In 2010 he also undertook an industrial secondment with the Edinburgh-based company Psymetrix Ltd (now part of GE). He hold a Bachelor’s degree in Mechanical and Electrical Engineering received from UNI (Peru), and a Research MSc and a PhD in Electrical Power Engineering, both received from UNESP Ilha Solteira (Brazil). He is co-author of more than 130 research papers (list of publications and Research Gate) in peer-reviewed top ranked journals and top class international conferences and more than 50 technical reports. He is  also co-inventor of one patent filed by Psymetrix Ltd. He is also Visiting Professor at UNICAMP (Brazil) since 2014.

He is an IEEE PES Distinguished Lecturer since 2015 and an IEEE Senior Member since 2012. He also has several leadership roles within IEEE PES, including Member-At-Large of the Governing Board and Editorial Board Member of the IEEE Power and Energy Magazine. Within the ‘big area’ of Flexible Low-Carbon Distribution Networks (medium and low voltage) the following are his main research interests: Integration of Distributed Low-Carbon Technologies (wind, photovoltaics, electric vehicles, storage, demand side management), Active Network Management (Smart Grids), Optimisation of Distribution Networks (operation and planning), Future Distribution Network Management Systems as well as Real-Time Digital Simulator (RTDS) Hardware-in-the-Loop Studies. 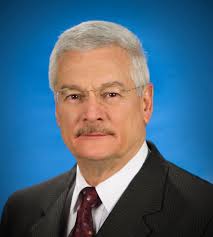 Hector J. Altuve Ferrer received his BSEE degree in 1969 from the Central University of Las Villas in Santa Clara, Cuba, and his Ph.D. in 1981 from Kiev Polytechnic Institute in Kiev, Ukraine. From 1969 until 1993, Dr. Altuve served on the faculty of the Electrical Engineering School at the Central University of Las Villas. From 1993 to 2000, he served as professor of the Graduate Doctoral Program in the Mechanical and Electrical Engineering School at the Autonomous University of Nuevo Leon in Monterrey, Mexico. In 1999 through 2000, he was the Schweitzer Visiting Professor in the Department of Electrical Engineering at Washington State University. Dr. Altuve joined Schweitzer Engineering Laboratories, Inc., in January, 2001, where he is currently a distinguished engineer and dean of SEL University. He has authored and coauthored more than 100 technical papers and several books and holds four patents. His main research interests are in power systems protection, control and monitoring. Dr. Altuve is an IEEE Fellow member.

Suscribe to our website and you will receive news about:

and last but not least, keep informed about all the activities around the International Autumn Meeting on Power, Electronics and Computing.